...to let you know that I'm moving house, so the next couple of weeks will be quietish around here. Think of it as an apophatic phase, and take the time to contemplate all the things that can't be said about God.
Posted by Marika at 23:18 No comments:

More on the theology of dementia

I happened upon this article today. Plenty of interesting thoughts such as this:

Offering one's presence to a person with dementia means letting go of our need for rational interchanges, direct social cues, logical conclusions. It often means letting go of words altogether and entering entirely into the realm of affect and intuition.

Where is God in dementia? 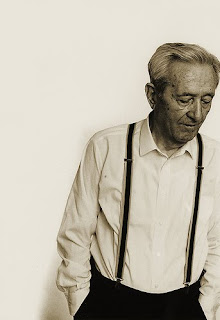 In the most recent edition of the New Blackfriars journal, there's an article by Peter Kevern called ‘Sharing the mind of Christ: preliminary thoughts on dementia and the Cross’. He says that as we live longer, dementia affects more and more of us: about 25% of the UK population will suffer a significant degree of dementia at some point. And this raises all sorts of tricky theological questions, because it dementia looks, from the outside, like the slow disintegration of a person’s self, as though we are losing them before their bodies cease functioning. If someone with dementia can’t recognise their family, or remember anything about their life, or even know who or where they are, are they the same person they were before? Can God be there, still, in the midst of a life which seems to be falling apart? Kevern argues that part of the problem is that we tend to think that what makes us human, what makes us ourselves is self-consciousness; partly in response to dementia, he suggests that we need a different, better account of what it means to be human.

There have been different theological responses to dementia. Some people have suggested that, even as a person’s memories slip away from them, they are held by God: he remembers, even when we forget. But this still portrays dementia as a tragedy, and people who are suffering dementia as less than whole people. And it doesn’t explain why families feel that the person they love is disappearing. Another response is to say that a person isn’t just constituted by the things they know, but by their relationships with other people. We are our relationships with our family and friends, just as the doctrine of the Trinity teaches us that God is constituted by the relationships of the Father, Son and Holy Spirit. But if this is the case, would a person on a desert island slowly become less human? More importantly, given how isolating dementia can be, does this mean that a person becomes less human as the disease progresses and they progressively lose friends and family?

Kevern says that the message of the cross is that there is no sort of human suffering in which God cannot be found. He suggests that we see Christ on the cross as ‘demented’, and so see God as present right in the midst of dementia. The history of the doctrine of the incarnation is the history of the church insisting, over and again, that Jesus was human in every way that it is possible to be human. Perhaps one of the most characteristic traits of all people, not just those with dementia, is that we aren’t perfectly self-aware or self-conscious all the time. If Jesus on the cross took with him every sort of human frailty, surely he must have taken on this as well? Hanging on the cross for hours on end, after being kept awake all night, beaten and condemned, he must surely have become delirious; by the time he died, surely he cannot have been fully conscious any more?

But if we’re going to argue that Jesus ‘demented’ on the cross, this raises the important question of whether he can have freely chosen his death; or isn’t our salvation thrown into jeopardy? If we’re going to say that delirium, mental deterioration and semi- or unconsciousness are part of the human condition, we need an alternative to the idea that it is self-consciousness that makes us human. Kevern suggests three things that make us human:

1. Boundedness. We are all born, grow and develop, decline and die. Our lives have a beginning and an end, and all sorts of processes of learning and forgetting in between. To be human is to have the potential to suffer dementia, and people with dementia make visible one of the possibilities of humanness. Because everything that makes us human comes from God, God is present in and through our forgetfulness. Dementia has the potential to be grace-filled, and to show us something of who God is and what it means to know him.

2. Connections to past and future. We don’t exist as isolated moments in time, but as the whole story of our lives, including what went before us and what remains after we are gone. The choices we make now affects what happens in the future. Jesus didn’t just choose to follow God in Gethsemane – the whole story of his life was a story of everything that he was being given over freely to God. People with dementia are still the same people they were before: dementia is only a part of the story of their identities.

3. Relationships with others. Our identity is not ours alone. We are not just who we choose to be, but who we are for other people. We do not make ourselves single-handedly: we collaborate with others to forge our identities, just as the identity of Jesus is not just what he did and said, but also how others responded to that, how the Church recorded, honoured, and lived out his story. People with dementia are what they say and do; but they are also how we remember them, how we treat them as their minds move towards death.

‘Those who are dementing’, says Kevern, ‘have many things to teach those of us for whom dementia may yet be to come. 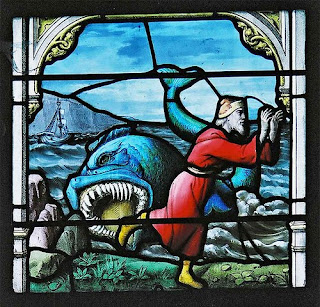 We're not very good at finding the Bible funny, probably because we tend to feel that if we're supposed to take it seriously, it must be a serious book. 'This is the Word of the Lord, thanks be to God' would seem like a funny way to end a comedy reading, no? But in the book On Humour and the Comic in the Hebrew Bible, Yehuda Radday and Athalya Brenner suggest that maybe the Bible's funnier than we think, and one of the things they argue is that the whole book of Jonah is a satirical take on prophetic literature.

It's always difficult to try and explain why something's funny, but we'll give it a go. The book of Jonah starts with God calling Jonah to go and prophesy to the Ninevites. It's standard for prophets to um and er a bit, talk about how unworthy they are or say they've got a stutter, but Jonah takes this a step further: God calls him, and he legs it in the opposite direction, as fast as he can. It's as if Moses saw the burning bush and chucked a bucket of water on it, or sold his miraculous staff to the local Del Boy. So God keeps in character and produces a mighty storm, just like he did when Elijah ran away and hid in a cave. But where Elijah sat and listened to the storm, Jonah doesn't even notice it, because he's busy catching some shuteye in the bottom of the boat. When, eventually, he's shaken awake by the terrified sailors, he sighs and says, essentially, 'well, I suppose you'd better chuck me in the sea, then.'

Once in the murky depths, Jonah produces a nice little psalm:

'The engulfing waters threatened me,
the deep surrounded me;
seaweed was wrapped around my head.
To the roots of the mountains I sank down;
the earth beneath barred me in forever.'

It's classic psalmic imagery, except that if David said it, he'd be using poetic metaphor, whereas Jonah is literally getting tangled up in seaweed. It's as though Britney Spears wrote Toxic after a nasty encounter with her pet viper. So Job does his best Shakespeare act, and eventually God thinks he'd better listen to Jonah; so 'Yahweh spoke to the fish, which then vomited Jonah up on the shore’. It's hardly a poetic rescue.
Now that Jonah's made it to Ninevah, it's time for him to prophesy. If you're a prophet, this is your big moment: your chance to show off just how articulate you are; how bone-shaking your description of the coming judgement can be, how much emotional force you can pack in. What will Jonah say? What great feat of oratory will he perform? Well, it goes a little something like this:

'Forty more days and Nineveh will be overturned.'

This, as the writers point out, is 'jejune to the point of banality'. It's the prophetic equivalent of a cross child being forced, against their will to apologise. 'mmyou shd repent.' This would, in most prophetic books, be the point at which the prophetic audience refused to listen, and possibly imposed some sort of punishment on the unappreciated prophet. But, astoundingly, and in the face of possibly the least convincing prophetic warning of all time, Nineveh immediately repents. And they're not half-hearted about it, neither: not only the people, but all the farm animals promptly don sackcloth and cry out for repentance. Weirder still, God listens and calls off the imminent destruction, making Jonah perhaps the only successful prophet in the whole of the Old Testament.
Now, because most prophets are ignored and abused, the next step in the classic prophetic story is for the prophet to go off somewhere and have a good moan to Yahweh about how tough their life is. You'd think that Jonah might skip this bit having, y'know, succeeded; but no, he starts to complain about how merciful God is: 'O LORD, is this not what I said when I was still at home? That is why I was so quick to flee to Tarshish. I knew that you are a gracious and compassionate God, slow to anger and abounding in love, a God who relents from sending calamity. Now, O LORD, take away my life, for it is better for me to die than to live.' And Jonah storms off into the desert to sulk.
And then God makes a plant grow because Jonah's gone to sit out in the sunshine and God wants to give him some shade, but then the plant dies and Jonah, infuriated, screams 'I wish I was dead!' Gently, and probably trying quite hard not to laugh, God speaks to him. 'You care so much about that plant, even though you didn't do anything to make it grow. Shouldn't I also care about the thousands of people in this city? Not to mention all those cows who are wandering round in sackcloth as we speak...'
Photo credit: Tomasz1950.
Posted by Marika at 10:10 3 comments: