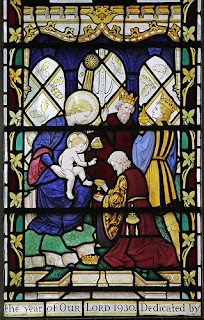 Elaine Wainwright is a Professor of Theology at the University of Auckland. She argues that, if Christians are to engage seriously with the many ecological issues of our day, that needs to be reflected in our readings of the Bible, and that it's only by transforming the way we read the Bible that we'll be able to face up to contemporary ecological crises.

People who read the Bible looking for ideas about how we should treat the environment tend to focus on the bits which talk about the earth or creation (you can see a good example of that here!). The same has been the case with discussions about women and the church, but feminists have increasingly started to argue that the bits which aren't explicitly about women can be just as important as the bits which are. Why are women not discussed in particular sections? What are the assumptions about women underlying particular passages, or can we catch glimpses of the lives of women who are mentioned but not focused on? Wainwright argues that we need to begin a similar practice of reading ecologically.
Wainwright says that ecology isn't just about saving endangered species, or not emitting carbon; it's about the complex interrelationships of human beings, their physical environment, and the spiritual. To highlight this, she uses the concept of 'habitat', which is a less-anthropocentric (human-focused) version of 'context'. Contextual readings try to locate the biblical texts in their social, political and economic contexts, but Wainwright wants to broaden this out to include the physical and natural contexts as well. She defines habitat as:

"The social, political and psychological elements as these figure alongside
physical and environmental contributions to the nature of a habitat and its
inhabitants at any historical moment. "

So, great, woohoo, lovely, earth'n'things'n'plants, yeah! But what would it actually look like to do a reading of the Bible that paid attention to habitat? Well, in the seminar I went to, Wainwright promised an ecological reading of Matthew 2, the one with the story about the magi. Not the most obvious place to start, right? I'm not yet aware of any ecological activists taking their inspiration from the three kings, but I guess that makes it a good place to start if you're trying to argue that habitat is everywhere in the Bible. So, Matthew 2:1-2 goes thusly:

After Jesus was born in Bethlehem in Judea, during the time of King Herod,
Magi from the east came to Jerusalem and asked, "Where is the one who has been
born king of the Jews? We saw his star in the east and have come to worship
him."

Saying that Jesus was born links this passage back to 1:18, which talks about the birth of Jesus, and 1:1 which describes Matthew as 'the book of the birth/genealogy of Jesus.' From here, it links back to Genesis 2:4 (which gives 'the account of the heavens and the earth when they were createdthe account of the heavens and the earth when they were created') and Genesis 5 which gives the account of the descendants of Adam. That one reference links this particular story about Jesus to the story of the whole human race and, even wider, of the whole of God's creation.
Bethlehem was probably a small farming town and, as a result, would have run very much according to the pattern of the seasons, the rhythm of planting, growing, harvesting. People there wouldn't have been wealthy; they would have depended absolutely on their relationship with the land which gave them food. Jesus spent his life in particular places, and places tend to point us in three directions: towards the environmental materiality of the place (what the soil was like, what the buildings were made of, how big the settlement was); towards social perception or construction (what significance Bethelehem had in the history of Israel, how the place saw itself in relation to the Roman Empire and the nation of Israel, where Bethlehem fitted in the scale of house-village-city and poor-middling-rich), and towards individual affect/bond (Joseph's family lived in Bethlehem, but it wasn't where his house was; for Mary it was the place her in-laws lived).
And it's not just the place, it's also the time: where this happens in the history of Israel. 'During the time of King Herod' was an ambivalent time for Israel. They had a king of their own, but he was a collaborator, and a petty tyrant to boot; he had rebuilt the Temple but it was contaminated by his meanness. He was transforming the physical landscape of Israel with a huge building program.
This is the sort of reading that Wainwright thinks we need to start if we really want to transform our understanding of ecology: one that pays attention to the things we so easily skip over, because we're only interested in people/proving a point/getting through the boring bits. All this already, and we haven't even gotten to the magi! What we find in the Bible depends a lot on what we go looking for.
Posted by Marika at 15:31