There's no such thing as 'what the text says'; or if there is, we'll never get to it (sorry if you're a biblical literalist, but them's the apples). Every time we read a text, what we get is 'what the text says when filtered through my unique way of seeing the world.' We can never pretend to be any old person reading a text because we will always be ourselves. This afternoon I started reading some Etienne Gilson, and my reading was affected by a combination of sleepiness+too much coffee, some conversations I've had about Gilson, knowing that he's a Catholic, the fact that the book was in a font I associate with other books (makes a surprising difference, I think), and all the other things that have happened to me, that I'm feeling, who I am, etc. etc. etc. Complex, no?
Anyway, to the point. Morwenna Ludlow has written a book about books that people have written about the works of Gregory of Nyssa, one of the Church Fathers (e.g. old dead guy, theologically influential) who was involved with formulating the doctrine of the Trinity, and in it she looks at the question of what affects the way we read particular texts. She concludes that one of the key things that affects the way someone reads the Fathers is their understanding of the overall shape of Christian history, and she identifies three main models:
1) The 'static' model of Christian history thinks that theology and the Church are basically unchanging, and insofar as Christian doctrine has developed, it's just the working out of the logical implications of the original message: so you won't find the doctrine of the Trinity as such in the New Testament, but if you read it right it's obviously implied, it just took people a while to figure it out. People who have this view tend to think that one particular Christian tradition (e.g. Roman Catholicism, Eastern Orthodoxy) is more right than all the others, and that the role of theology is just to keep people sticking to the party line, the original gospel. They tend not to like the idea that anyone might introduce 'new' ideas into the Church.
2) The 'reformatory' model agrees with the static model that Jesus' original message was wicked cool and complete, but thinks that somewhere along the way, the Church screwed it up and the message got lost, so now we need to 'recover' the original gospel message. Protestantism is the classic example of this (Jesus was great, Paul was greater, James was maybe a bit iffy and it mostly went downhill from there until Luther rose up to challenge the naughty Catholics and restore to the Church all the goodness that had been lost). But you find it elsewhere too: some feminist theologians argue that Jesus was pro-women, but the Church has slowly and systematically misogynised his original message, and so we need to recover the original, feminist, gospel.
3) The 'adaptive' model thinks that Christianity, the church and theology have changed over time, but, well, it's complicated. Some changes were good, some were bad, and some were indifferent. Some people think that, overall, there's a general good development (some changes weren't great, but overall the Church is getting better all the time), either because the Holy Spirit was guiding the Church or because they have a sort of 'evolutionary' idea of history, where progress rules and history is moving inexorably towards its final perfection. Some people think that we win some, we lose some, and overall there's no movement, just more or successful attempts to be the Church God intended us to be.
Ludlow says that these three models make important differences to the way we rea 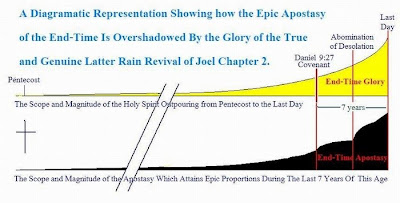 d theological texts because they shape the way we think about doctrinal authority. If you have a genuinely static view of Christian history, you won't bother reading old theology because it'll be basically the same as new theology, right? If you hold the reformatory view, you might think that old theology is useful because it's closer to the original source of the gospels, or because you want to paint yourself as part of a long tradition in the Church of people who resisted the Bad Developments. If you think that doctrine develops over time, and does so for the better, old theology is only really useful for showing how we got where we are now.
Ludlow suggests that the most productive model for reading old theology is the adaptive model which doesn't think there's been an overall improvement or degeneration in theology through history, because this model means that, at any point in the history of the Church, people might have had great ideas which might be useful for us, now. On this view also, old theologians aren't authoritative because they represent a particular tradition or because they belong to some theological 'golden age' but only insofar as their ideas are good.
Posted by Marika at 16:35

coincidentally, i just read a review by hauerwas of george hunsinger's latest book on the eucharist and ecumenism which outlined a similar kind of typology in contemporary theology:

1) enclave theology - when theology is determined by a single tradition in which there is little interest in other traditions except when it comes to defeating or withstanding them.

2) ecumenical theology - presumes that every tradition in the church has something valuable to contribute, though we may not be able to discern at present what that may be.

3) academic theology - has no allegiance to any traditions or to norms such as those established in the creeds.

Hello. My name is Henry Bartsch. I live in Canada; Chatham Ontario to be exact.

I came accross your blog today and I must say, I was delighted. You right very well.

I particualrly liked you entries on Barth and his view of the Trinity. It was clear and simple, and thus helpful.


Anyway, keep up the good work.

Opps, Marika I'm the guy from Canada who just posted a comment and spelled write wrongly. I meant to say you write well.

Anyway to add to what I have already said you are not boring to read either.

Anonymous said...
This comment has been removed by a blog administrator.
3 December 2009 at 08:45

Lovely post that i deeply resonated with. i loke the adaptive approach. i think Samir Selmanovic gets at this from my early reading of his latest book.

@the don: i find many on the religious right here in the USA to fall into enclave theology. i think ecumenical theology is what Samir and Brian McLaren are after and one i identify with in my life.

Thanks for your thoughts!

Haha, I am in sacred awe of the Diagrammatic Representation, where is it from?

I think I googled 'End-times diagram' or something like that. I was looking for one that some charismatic magazine produced in the 70s, depicting the history of Christianity as a U-shape: it was all great with Jesus and the writers of the New Testament, then all went to crap, and was now gradually being restored by, I think the progression of Luther, evangelicalism, and the charismatic renewal. If only the diagram I found instead had dates, I'd be totally happy with it as a substitute: as it is, I feel it lacks a little je ne sais quoi.

Not sure if you'll read this but I think I know the diagram you were looking for - it's reproduced in Andrew Walker's book Restoring the Kingdom (on the charismatic restorationist/house church movement of the 1970s-80s).

Ah, you're right. I should have known: I actually own that book. It was originally from a magazine that my parents used to subscribe to, embarrassingly enough.