On swallowing a spider to catch a fly

I’m feeling all hermeneutical this week, and so today is all about historical criticism. You may not have heard of it, but you’ve probably come across it in some form, and might even have done it yourself without realising it. Historical criticism: it's a bit like those spiders which supposedly crawl into your mouth while you’re sleeping and get accidentally swallowed. Gross.

Historical criticism (also known as 'higher criticism) originates from the mid-18th century. One of the things 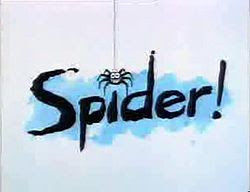 that happened around that time was that everyone started to equate science with truth, and to want to do everything scientifically – including the arts. Because theology wasn’t very scientific, people started to question central ideas of Christianity, including the historical reliability of the Bible, which had never been much of an issue before. People started to realise that the texts had gone through editing processes; that they’d been written in particular historical contexts; and that if Deuteronomy describes the death of Moses, maybe there’s space to suggest that Moses didn’t actually write it after all. People started to reading the bible ‘scientifically’, trying to analyse it and work out the original sources of all the stories written down in the biblical texts.. Thus was born historical criticism, a spider first swallowed deliberately to catch the fly of Enlightenment scepticism.

Historical criticism assumes that the books of the Bible have been gathered together from a whole range of times and places, each book having no certain author and maybe even several authors; that the books we have are the result of editing other texts and oral sources into a form which suits the priorities of the authors and editors. Historical criticism has several key features:

Historical criticism has all sorts of problems, not least its tendency to say things like 'Jesus didn't actually rise from the dead: that's just a metaphor.' It's increasingly viewed with suspicion. People who accept the truths of historical criticism unquestioningly often end up with exactly the sort of weird ideas you'd expect from people with hermeneutical spiders wriggling and jiggling and tickling inside them. More importantly, though, I think it makes biblical criticism boring. Not because in itself it is dull, but because it tends to set itself up as the only way to read the Bible, and so to do biblical studies nowadays basically means doing historical criticism things...and not much else. BORING. One of the most liberating things anyone ever said to me was this: ‘You don’t have to do historical criticism to take the Bible seriously.’ There are other ways of reading, for which I am grateful. I shall get my protein elsewhere.

Sideways angle on it – it reminds me of the way that in the West we view Rushdie's magical realism as fantasy, whereas on the subcontinent they see it as history. http://www.charlierose.com/view/clip/9515

Let's have more readings, and all at once!

was the historical reliability of the bible not an issue before the 18th century? Did people not care or just assume it was history.

G.K. Chesterton draws an entertaining analogy to Higher Criticism (at least, I've always understood that that's what he's getting at, though he refers to it as 'the New Theology') here.

Thoughts on historical reliability: I don't know about all periods in history, but the Anglo-Saxons were very aware of their cultural and historical separation from the events of the New Testament, and actively sought out information on the holy land and intervening events. I suppose a lot of early church interest in history (there was plenty - witness Eusebius and Bede) was less to do with the original texts and more to do with how they spread. I suppose the Bible itself just wasn't regarded as a historical source very often?
There's been a lot of textual criticism and scrutiny about the Biblical texts around for yonks, but perhaps that always treated the Bible as gospel first and history second. Marika, do you know of anyone before Historical Criticism who suggested that perhaps Moses didn't write his own death story?

I can't pretend to know enough to really answer your questions in any sort of comprehensive way, Matt and Ruth, but I'm pretty sure that most of the basic historical criticism questions - did Moses write his own death story, why do several of the gospels tell the same stories in almost identical words - weren't asked until pretty late. I just don't think they're the sort of questions people were interested in much, and I suspect that they wouldn't have had the tools to answer them even if they were.

I do know that Peter Abelard caused a massive scandal in the 11th century or so by publishing a book called "Sic et Non" in which he juxtaposed quotations from different church fathers to prove that they contradicted each other, contrary to the popular assumption that "the tradition" spoke with a single voice.

The earliest origins of historical criticism might be Greek thought. The Greeks were one of the earliest cultures to consider the distinction between myth and history. The Alexandrian Jews picked this tendency by Platonizing/allegorizing their own scriptures.

The earliest Christians picked this from the Alexandrian Jews and the Christians were mostly content with questioning the historical validity of the Old Testament. However, the Gnostics were even more influenced by the Alexandrian Jews and maybe that is how this allegorizing came into Christianity. The Gnostics took it a step further and questioned the historical validity of the New Testament as well. So, the seed for historical criticism was planted long ago.

Early Christians in general weren't all that concerned with historical truth other than the heresiologists declaring a few basic certainties that all good Christians had to agree upon. However, those historical certainties had to be declared because so many people (Christians and otherwise) were questioning them. As I understand from my readings, it wasn't until the Protestant Reformation that theologians started worrying in a focused way about the accuracy of the historical details.