Some definitions to get us started:

Historicity is about historical actuality - that's the stuff that really happened. This morning I ate Weetabix for breakfast. The battle of Hastings took place in 1066.

Historiography is about the different ideas that people have about what counts as good history. Does anyone care what I had for breakfast? Does it matter how I ate my Weetabix? What would be a Marxist/feminist/poststructuralist reading of my breakfast habits? 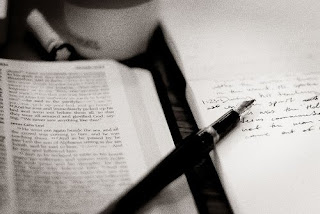 History is never simply a presentation of every single thing that happened. If you wanted to write a book about a battle that included every single thing that happened to every single person - all the blisters acquired by each soldier, everyone who tripped over at an embarrassing moment, everyone who wanted to go home to mum, every piece of underwear irreparably damaged in combat - you'd never finish writing. Similarly, if you wanted to write about something you weren't around for, but only if you could be 100% certain that everything happened exactly as you said, you probably wouldn't write much. History is all about selecting certain things to include or to leave out, about drawing conclusions and making hypotheses. And different people at different points in history have had different ideas about what counts as good history.

This is one of the things that makes it tricky to read the gospels: we're not sure exactly what process of editing and assuming went on as they were being written. But one thing that's helpful is that, at the time the gospels were being written, lots of people were writing books about how to write history, so we can get some useful pointers from there. Two key people are Dionysius of Halicarnassus, whose Epistula ad Pompeium ('Letter to Pompeii') was written in about 30-37 BC, and Lucian of Samosata, whose De arte conscribendae historiae ('How to write history') was written around 166-168 AD. Here are some of the things that these guys and others writing at the same time thought were important for writing 'good' history:

ii) Criteria of structure. Dionysius said that history should be structured well, with a clear beginning and end. Lucian said it should have an obvious sequence. This one's interesting, because although we'd probably agree, I don't think we'd necessarily think to mention it, because we think of literary quality as a separate thing to 'good history'.

iv) Criteria of objectivity. At least some ancient historians go in for this one. Tacitus says that 'no one should be mentioned out of favour or out of hate.'

v) Criteria of concision. Unnecessary information should be omitted. Again, I think we'd tend to see this as a literary quality rather than a measure of good history.

vi) Criteria of vividness. History, thought ancient historians, ought to engage the readers' emotions. Be as accurate as you like, but don't be boring.

vii) Speeches should fit both the speaker and the occasion. Here's an interesting one. It's pretty obvious that not many important historical speeches were written down verbatim at the time, but that didn't stop historians including them. It was ok to write your own, basically, as long as it was appropriate. An interesting one for biblical studies, no?