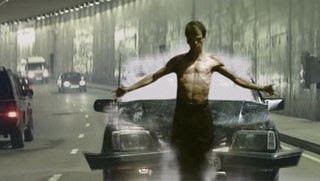 Writing in the middle of Second World War Germany, Dietrich Bonhoeffer argues that all too many people have been led astray by evil masquerading as goodness. In the middle of a culture full of moral compromise, Bonhoeffer asks, what ethics will enable us to stand up to evil? Here are some that won’t:

Reasonable people fail, because they think they can sort the world out so that everything makes sense. They think that if they just explain things properly, the world can be put to rights, and when things turn out to be a bit more complicated than that, they're all out of alternatives.

Moral fanatics fail, because they think that they can take on evil single handed: they can take on evil and win. But they’re all brawn and no brain, like a bull charging at the red rag instead of the person holding it: they get stuck in non-essentials and are tricked by people smarter than they are.

People of conscience fail: they have nothing to rely on for support but their own conscience, and when evil approaches them again and again with persuasive arguments and seductive disguises, they lose confidence in their own ability to tell right from wrong, and end up compromising, salving their conscience rather than keeping it clear, lying to themselves so that they don’t despair. They don't realise that a bad conscience might be better than a deluded conscience.

Duty also fails as a moral guide: people who act on duty alone can never act on their own, and what happens if the people in charge are the people who need to be stopped? ‘The man of duty will in the end have to do his duty by the devil too.’ (Take that, Kant!)

People who assert their freedom in matters of morality will be brought down by their own freedom. They will agree to what is bad for the sake of avoiding the worse, and so never have the opportunity of realising that the worst might actually be the better option.

People who run away from public morality and hide in private virtuosness have to close their eyes to the injustices all around them. They can only stay pure by deceiving themselves, and sooner or later will lose their peace.

Photo credit: still from the video for Unkle's Rabbit In Your Headlights. Rock.

How are we supposed

How are we supposed to try and live our lives as an answer to the question and call of God without application of reason, enthusiasm for our sense of doing what is right, attentiveness to our own conscience, recognition of our duty before God, an understanding of true freedom, and a desire to be holy?

I know, that's a simplistic reading of what you have Bonhoeffer saying. Perhaps the idea is that all these things are well and good, indeed necessary components of moral strength, but all come to naught if not driven by a willingness to sacrifice ourselves to God first.

Your blog keeps getting better and better! Your older articles are not as good as newer ones you have a lot more creativity and originality now keep it up!

What a great resource!