How to stop clever people being stupid 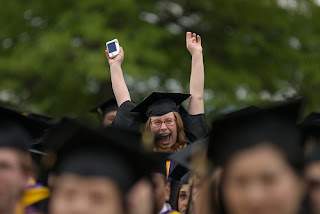 Alasdair MacIntyre is a philosopher and theologian. I always thought he was quite young, but apparently he's actually really old now: he was born in 1929. He's not as old, though, as John Henry Newman, who is so old that he died in 1890, and even then he was already 89. John Henry Newman started out as an Anglican, and was important in the Oxford Movement, which tried to make Anglicanism a bit more Catholic, until he decided he'd be better off, y'know, just being a Catholic, and converted. I feel like this makes him a bit more consistent than John Milbank, who talks a lot about why Catholicism is better than Protestantism but is, er, still an Anglican.

Anyway, Alasdair MacIntyre isn't dead, although he is a Catholic, and he recently wrote an article about John Henry Newman, who in turn wrote a book called "The Idea of a University", in which he discussed what he thought a university education should be about. No one really takes this book seriously any more, and MacIntyre thinks that this is because of three of Newman's key ideas, as follows:
You can imagine how well these ideas go down in modern universities. The theologians would probably be pretty happy - it's always nice to think you're important. And plenty of academics would agree that learning matters for its own sake: but try persuading the government to justify the millions of pounds of taxpayers' money spent on higher education just because it's intrinsically worthwhile. And while interdisciplinarity (looking at the relationships between different subjects) is kind of trendy, I'd like to see you try to persuade a computer scientist that they really ought to be studying poetry too.

But MacIntyre thinks that Newman was right about all three things. Whatever people end up doing once they leave university, he argues, they need to be able to make good decisions. Why might people make bad decisions? Often, it's because they make wrong assumptions about the way the world is about about the way other people will react to particular things. And where an unbalanced education really screws you over is that it leaves you unable to recognise all of your assumptions. Some of the smartest people with the best educations in the world were responsible for the Vietnam War, US policy on Iran, and the global credit crunch.

Smart people do stupid things, all the time And Newman and MacIntyre think that one of the reasons for this is because universities don't educate us properly. They teach us to be really good at one thing, but they don't teach us how that one thing we know about relates to all the other things we don't know about. They don't teach us what we don't know, and so we think that we know everything, and then we do stupid things. Even (gasp!) the theologians.

I believe he spells it Alasdair. Stanley Hauerwas also wrote a similar book recently - State of the University, have you heard of it? Good thoughts, thanks.

I've heard it crop up in a few places recently about biologists being far more atheist than, say, physicists. Biologists can be so intently focused on their specific, material discipline that they jump to conclusions way beyond their scope. Physicists on the other hand are used to uncertainty – their conclusions are that the more we discover the less we can be sure of, leaving plenty of room for curiosity and humility in their worldview.

As for convincing computer scientists about poetry – welcome to my world. I even got one to compose a poem once: http://verbatimpoetry.blogspot.com/2009/09/autosuggestion.html