Beyond the Pleasure Principle 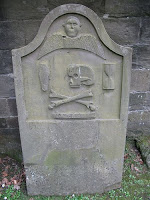 People sometimes think that, for Freud, everything was about sex. Disappointing though it is, it turns out that’s not quite true. Starting out, Freud thought that people had two basic motivations: the pleasure principle, which makes us want to avoid pain and seek out pleasure (and is quite a lot about sex) and the ego instinct, which makes us want to not die (less sexy). But then he changed his mind, because he realised that the more energy you spend looking after yourself in narcissism the less interested you are in sex (think about that next time you look in the mirror, folks). Our instincts for pleasure and for self-preservation are both functions of the libido, which can be directed outwardly or inwardly. So at this point, it really is mostly about sex. But then, in 1920, Freud wrote Beyond the Pleasure Principle, which argued that as well as the libido, we’re motivated by another fundamental principle: the death drive. So, it’s not all about sex, but it is all about either sex or death.

Freud says that the idea of the death drive came from his observations of types of repetition of painful experiences. Firstly, people with Post Traumatic Stress Disorder relive, in dreams or in flashbacks, the event which originally traumatised them. Secondly, people who’ve had terrible relationships in the past tend to seek out similarly dreadful relationships, either in their marriages, their friendships or in their relationship with their therapist. And finally, Freud talks about repetition in children’s games, giving the example of 1 ½ year old nephew who started playing a game which involved throwing things under the bed, which Freud eventually realised was his re-enactment of the traumatic moment of his mother leaving. All of this examples of compulsive repetition throw a big spanner in the works of Freud’s theory that we’re basically all driven to seek out pleasure. Why would people deliberately repeat and relive painful experiences?

Freud goes on to argue that all living things have an urge to return to an earlier state of being (this would be something like the tendency towards entropy). Living things basically want to remain in a state of stability and unchangingness; they only change and develop if they’re forced to do so by external circumstances. And of course, the ultimate state of original stability is death: all life, says Freud, aims at death, though sometimes it gets distracted along the way by the need to defend itself from things which would force it into dying in the wrong sort of way. Various things may prevent us regressing to an earlier state, forcing us into creativity and growth; but all the time, regardless, we are aiming not for progress but for death.

Cheery stuff, no? It’s not the happiest theory, but it is a powerful one that explains a lot, both in terms of particular psychological disturbances and in terms of the general human capability for violence and destructiveness. But if Freud’s right, if there is a death instinct, an intrinsic desire for death in us, that raises all sorts of theological questions about the goodness of creation, the nature of sin, human identity. Oo er.

Suggests a pretty high level of incompetance on the part of humankind.

"I meant to crush my head in the boot of the car but ended up going to Asda instead."

@JW Suggests a pretty high level of incompetance on the part of humankind.

"I meant to crush my head in the boot of the car but ended up going to Asda instead."