Karl Rahner on the Incarnation 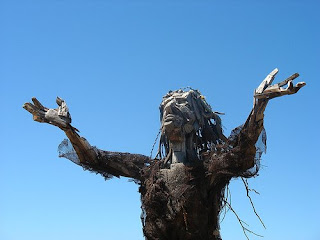 Karl Rahner discusses this phrase: ‘The Word of God has become man.’ You’re right; that is a bit sexist: he’s using ‘man’ as a homonym for ‘human’, which is naughty. Let’s correct him, and start again.

Rahner discusses this phrase: ‘The Word of God has become human.’ What does it mean, he says, that the Word of God became Human? What does it mean to be human? Rahner argues that it’s only in the Incarnation that we finally see the truth of human nature, because it’s only in Jesus that we see a person fully given over to God. Human nature’s meaning is to be given up to God, abandoned; humanity is fulfilled and finds itself by disappearing into God: 'Man is insofar as he gives himself up’ (Cadence, on this occasion, is granted priority over feminism. Sorry). The Incarnation shows us that being human means having the potential to be completely inhabited by the Word of God.

What does it mean that the Word of God became human? Isn’t God unchangeing? What we have to say is that God, who is unchangeable in Godself, can become changeable in something else. The divine freedom means that God can become not-God, finite, Other-than-God. In emptying Godself and giving Godself away, God can make the other his own reality. Everything that God makes has, as a result of God’s self-giving love, the potential to become an expression of God and God’s love. All theology, says Rahner, is therefore anthropology, and all anthropology is Christology. To know what it is to be human is to know Christ, and to know Christ is to know God.

Well, so was Jesus: http://tinyurl.com/nfvnfu

If it's good enough for the Son of God...