Ontotheology: A quick read of ‘ontology’ and ‘theology’ will help you understand why ontotheology is all about the sort of theology that equates God with Being, and thinks that God is both the Beingest of all Beings and also the source of every other Being. Kant invented the term, but Heidegger made it important. Details of Heidegger’s argument are for another time, but suffice it to say that he though that ontotheology was bad, shameful, and the source of all sorts of evils, possibly including poisonous insects and reality TV (don’t quote me on that, though).

Ontology: ontos means ‘being’, so ontology is all about the nature of being: what does it mean to exist?

Soteriology: soteria means ‘salvation’, so soteriology addresses questions like, what does it mean to be saved? Does it hurt? What’s the difference between being saved 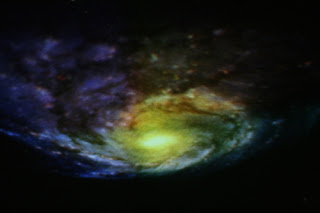 and not being saved? How exactly does Jesus dying on the cross mean that I can be saved? Will they let me into heaven even though I need a haircut and my shoes are scruffy?

Teleology: telos means ‘end’, so teleology is all about the end of humankind. Confusingly, this is different to eschatology, which is about the End Times etc. - in this case, ‘end’ is more about purpose: ‘I’m going to read Left Behind’ ‘To what end?’ ‘Good question. Maybe I’ll read Dickens instead.’ The end of human nature is its purpose: what are we meant for? Happiness? Riches? (I wish) What did God create the world for? To be burnt up or to be transformed into a (re)new(ed) creation? As you might imagine, it sometimes kind of smerges into eschatology, but they are different things.

Theology: theos means God, so theology is just ‘things we say about God.’ This makes everyone a theologian, really, even people like Richard Dawkins who talk about why God is a stupid concept. Hah! Wriggle out of that one, Ricky D.

Photo credit: Vidiot on Flickr (Brilliantly, the image is titled 'Big Bang: Not an actual picture of the Big Bang)
Posted by Marika at 18:11