John Milbank is one of the leading lights of 'Radical Orthodoxy' which is a trendy movement among British theologians. Radical Orthodoxy is basically a postmodern response to liberal theology, which means that Radical Orthodox theologians both want to hold onto some traditional assertions of the Christian faith which liberal theology has sometimes denied (such as that Jesus really was fully God and fully man), but also to engage with postmodern thought. It's a big project: they want to reclaim theology and transform the Church; they want to argue that philosophy needs theology, and that, in fact, every aspect of human knowledge ought to root itself in theology. They want to change the world: John Milbank's first book was called Theology and Social Theory, and one of his PhD students, Phillip Blond, has recently got a lot of media attention in the UK for his 'Red Toryism' which David Cameron is, reportedly, very into.
But here's the problem: It's difficult to change the world if no one can understand what you are talking about. Radical Orthodoxy is notorious for its obtuseness, and John Milbank is definitely up there with the worst offenders. Here are some specific gripes within a more general gripe about the way that Milbank makes my head hurt:

Unnecessary Latin. Unusually for a comprehensive school student, I even studied Latin for two years at school, and can do my Caecilius est pater with the best of them. But geez, patria potestas? Oceanum mysteriousum Dei, ut sic loquar labarynthum? Philologia crucis? A translation would be nice, at least. 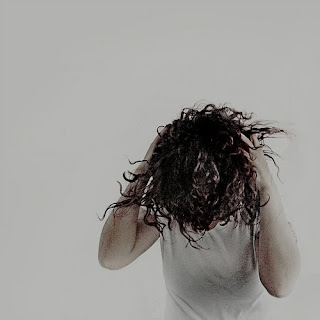 Words that aren't even in the freaking dictionary. I counted two, and they're just the ones I looked up. 'Henological' and 'auratic' are now, you will be happy to know, on the OED's new words list, and the lovely woman who answered my email even suggested that we hand Milbank over to the Plain English Campaign 'for re-education.' Hear, hear.

Bad Patriarchal Language. Milbank says, for example, this: ‘The Christian man is not a moral man, not a man of good conscience, who acts with what he does not know but has faith in.’ Now, I'm not saying that using 'man' instead of 'human' is the worst bad thing anyone can ever do. But here's my gripe: Milbank knows better. He sometimes makes vague gestures towards gender neutral language. But that makes it worse. He knows; and yet he does it anyway.

Milbank's sexist language exemplifies the central issue here. As a women, when Milbank speaks about 'the Christian man', it makes me feel as though what he writes is not for me, and that the discussions he is having are not discussions I can participate in. And it feels very similar when you want to engage with Milbank, to discuss his ideas, to ask questions, to think things through, but you can't because, well, it's pretty difficult to ever feel like you properly understand what he's saying. The worst thing is that he's really good (just not at writing). He has interesting, original ideas. He has important things to say that we should listen to, and that need to be discussed. But you can't discuss someone's ideas if you feel like you're too stupid to understand them, which is how I've felt this week, trying to write about John Milbank.

It's not like Milbank is alone. Academia as a whole is bad at communicating; bad at keeping one foot in the real world; bad at recognising that it has a responsibility to the non-academic world. But I feel, somehow that it's worse when theologians write badly, because they, of all people, should know that the kingdom of God is for everyone; that the mighty shall be laid low and the poor exalted; that we are one body. You cannot love your brothers and sisters whilst beating them round the head with the evidence of how much cleverer you are, of how many more books you have read. Wait, that reminds me of something about ... what was it? Speaking in the tongues of men and angels but if you don't have love then ... something something... 'I am nothing.' Who said that again?

Photo credit: cambiodefractal on Flickr.
Posted by Marika at 15:36

This is my favourite Radical Orthodoxy related Quote:

"In the first part of this essay, I trace the emergence of the unliturgcal world, the lineaments of whose struggle to quell the agonies of obsolescence and desire can be seen in the lateral consolations of universalized strongholds, cities whose citizens are regulated either visibly via military force or written contract, or invisibly, via the dissemination of unquestioned assumption regarding the nature of reality and the human subject." (Pickstock, 1998)

If you got that first time around, you're a better man (or should I say person?) than I.

You are right, of course.

I'm struggling through "Being Reconciled" at the moment and J.M. is definitely not about to win any awards for clear prose. Also (as I think you said elsewhere): he does say 'ars', which is surely the comic pinnacle of unnecessary Latin given that it adds so little to 'art', while giving you the sense of arses being qualified by the subsequent Latin word.

I suppose, if I were trying to explain this rather than excuse it, I'd say that that he obviously has a hankering for a certain kind of academic respectability at the tragically hip end of continental philosophy. Hence, the Agamben references, the spats with Derrida, the new book with Zizek.

It's true that this field is infamous for obscurity. It's also true that, as you say, this probably has a little more to do with speaking in the tongues of angels than with agape. Worse, there are people doing similar things who somehow manage to be less obscure. Kevin Hart is ostentatiously erudite and works on similar material, but can still write breezily by comparison.

Celia Green has an aphorism along the lines of "Obscurity is always a sign of dishonesty". Not that I know anything about Radical Orthodoxy, I just want to promote awareness of Celia Green among people studying theology. Try "The Human Evasion" to begin with.

hi, i get a google reader update for milbank, so your blog comes up from time to time, and it's always an enjoyable read. i thought i'd direct your attention to two fine pieces of recent radically orthodox theology.

if RO insists on telling you the "very" meaning of everything you already knew in a language you can't understand, hey, it's because "only" RO can rescue us from the banality of good theology.

i'm not sure if this is a parody, or meant as a dictionary definition of "specious argument."

(this is not meant as an ad hominem, or to deny that these people have something to say...but they do tend to be pretty obnoxious saying it!)

Long ago I remember reading the start-up books for my undergrad studies, and the first one I tried to read was completely incomprehensible. I said to a wise old friend that maybe I wasn't cut out for this - too stupid, cant cope, etc etc... and wise old friend said, "Maybe you're not stupid. Maybe he can't write."