How to narrate a story 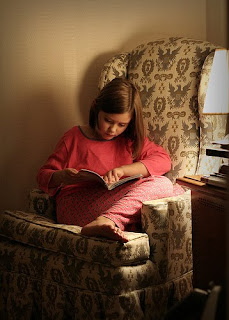 In his super-excellent book Telling God's Story: Bible, Church and Narrative Theology, Gerard Loughlin talks about the theorist Gérard Genette, a French (did the name give it away?) literary theorist, who wrote about how stories work.

Let's just pause for a moment to enjoy the fact that Gérard is mediated for us through Gerard. And then through me, which I suppose is a disappointment. I'd write only about theologians called Marika, if only there were, like, any at all. There's a Swedish bodybuilder called Marika, but even I find it hard to get theology from bodybuilding. Let me know if you know how I can do it. By the way, Denys Turner once told me (well, not just me, it's not like we're friends or anything, but I took one of his classes once) that he aspired to write a book about the way that Denys the Carthusian drew on the works of Dionysius the Areopagite and - get this - that he would call it Denys on Denys on Denys. I await its publication still.

Sorry, where were we? Ah yes, Genette. So, he thinks that there are five key elements to turning your basic story into a narrative: order, duration, frequency, mood and voice. But what's this? you say. What's the difference between a story and a narrative? Good question, kiddo. For Genette, it's basically a difference between the time of the story that's being told, and the time of the story's telling: so if I told you the story of how I lost and found my favourite sock, I would be telling a story that actually took place over about five minutes and went something like this: I looked for my sock, but I could not find it; I looked down the back of the sofa and there it was!; but the story I told you might take a different amount of time to relay, say, three hours, and I might start at the end, finish at the beginning, and do all sorts of crazy things in between, and from the narrative I gave you, you would have to infer the story underlying it. Still with me?

Let's think a bit about the role of order in making narratives. Genette talks about the difference between the order of events in the story and the narrative anachrony, and says that anachrony might vary from zero, where I tell you what happened in the order that it happened, to much greater anachrony, where the gap between the two was bigger. A very anachronous narrative of my sock story would go something like this: 'I found my sock. I am weeping. My beloved sock. I hunted for it for so long, and now I have found it. I lost it, and I did not know where it was, and now I have found it. It was down the back of the sofa. But my heart was not there. That is why I weep.' Genette also points out that traditional folk narratives tend to be less anachronistic, saying what happened in the order that it happened, whereas more contemporary Western narratives are more into messing around with the order that a story is narrated in.

Up for some more technical vocab? I know you are. So, in a story, if you refer to events that happened earlier, that's called analepsis. So I might narrate thusly: 'I woke up that morning, and when I peeled myself out of the sofa, I found that my sock had been down there with me. My favourite sock. I had lost it several years earlier, when my mother came to tell me that she was dying. And now, this morning, here it was again.'

Prolepsis is when you break off from your narrative to talk about an event that will happen later on. So I might narrate: 'I got home and my lover told me that he was leaving. Incensed, I took off my socks and threw them in his face. When he had gone, I realised that one of my socks had disappeared. I would not find it again until twenty years later, when broke and desperate I rummaged down the back of my broken down sofa to find change for one last drink. I loved those socks more than I loved my man. But now he had gone.'

You can analyse prolepsis and analepsis a bit more if you feel like it, in terms of their 'reach' (is the bit of story you're narrating now years, days or hours away from the bit of the story you were telling when the pro/analepsis interrupted it?) and their 'extent' (how long did the event being narrated last?). This chopping and changing of narrative time can be more or less complicated, and if you want you can interrupt your proleptic digression with another prolepsis, or an analepsis, and so on and so on until no one has any idea what you're on about (hello, James Joyce).

It all gets even more complicated, but that will do for today. Why does this matter for theology? Well, because the Bible is a narrative, no? And if we want to argue that it's telling one big story of God relating to the world, it's worth thinking about how it does that. For example, analepsis can be 'completing' (filling in bits of the story you didn't know already), or 'repeating' (er, telling you stuff it already told you). If the Bible is one narrative, then that means that the retelling of Jesus' story in Matthew, Luke and John is repeating analepsis in the light of the first telling of the story in Mark's gospel. What does that do, narratively? What do the retellings add, or change? How does it affect us if we read them in the order they're in the Bible in?

Think on that, and we'll talk about duration, frequency, mood and voice some other time. I'm off to find my socks.

Photo credit: adwriter on Flickr.
Posted by Marika at 18:15

Hello, can you recommend any blogs on Christian theology that are academic but easy to follow?

It slightly depends what sort of thing you want. Are you looking for something a bit less academic than my blog, or other similar blogs? Some I'd recommend are:

http://experimentaltheology.blogspot.com which is written by a psychologist of religion, but covers a lot of theological ground in a very accessible way.

http://www.guardian.co.uk/commentisfree/andrewbrown is the Guardian's religion blog.

http://maggidawn.com is Maggi Dawn's blog - she's a chaplain at Cambridge University, and writes a lot of really excellent but thoughtful popular theology.

Have a look and let me know what you think - if it's not at all the sort of thing you're interested I shall scratch my head some more and see what I can come up with!

Just one small point relating to this section:

"If the Bible is one narrative, then that means that the retelling of Jesus' story in Mark, Luke and John is repeating analepsis in the light of the first telling of the story in Matthew's gospel"

Scholars seem to agree that Mark is the first written Gospel and the oldest, and that KLuke and MAtthew use chunks of material from Mark in their re-tellings.

Oops. That was carelessness rather than ignorance, I'm afraid. Thanks for pointing out my error - I've put it right now.

Of course, everyone here knows that there -is- a theologian called, Marika, mostly known for her mainly judicious use of her theological specialty/super-power which makes even people like me (who rightly, to steal a line from a certain famous French philosopher 'pass as an atheist') see everday things (food, socks, a hug, a chair, a star) seem as if suffused with/graced by (?) divinity.

This is just one a particularly impresisve use of her powers: I mean, I'm with Chris J. on those sock stories. [blubbers]

Somehow, the comic innocuousness of your socks with the silly, heart-string tuggign cliche's, issomehow, perversely is 10 times more moving than if you'd been going all Lars-von-Trier on us with a tale of puppy-eyed seals saying goodbye to their loved ones, before attempting, one last plunge into the...you get the idea.

Anyway. Loved this. Your best post since 'God is a drunkard'..