In a recent article called ‘Is there a Future for Gender and Theology?: On Gender, Contemplation and the Systematic Task’, Sarah Coakley explores some issues around gender theory and systematic theology. She says that people are often suspicious of systematic theology, for three reasons: 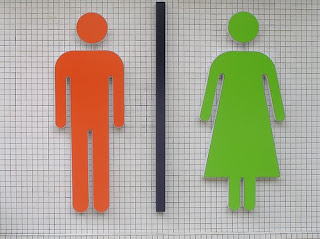 Coakley says that all of these objections have a point, but if you do systematic theology right, it avoids these pitfalls. She says that the really important thing about systematic theology is that it should be rooted in contemplative prayer, which she sees as being all about practising mental attitudes of un-mastery, welcoming the unconscious, making ourselves attentive to others, and making ourselves aware of the messy ways our desire for God is tied up with our sexual desires.

Contemplation allows us to do systematic theology properly. It brings in apophatic awareness, which isn’t just about acknowledging the limitations of our understanding, but about encountering God, and knowing him in the middle of the realisation that we don’t know him at all. It teaches us to pay attention to those who are marginalised and excluded, and because systematic theology is really all about exploring all the different ways that theological truths can be expressed, and trying to answer all the questions we encounter, doing it well should mean that we constantly challenge and change our assumptions, and constantly discover theological truths in unexpected places. She points out that it’s difficult to substantiate any claims about intrinsically ‘male’ and ‘female’ ways of thinking, but argues that systematic theology rooted in contemplation should be open to different ways of expressing theology, whether it’s in contemplation, intellectual discussion, or the arts.

Coakley argues that all three objections to systematic theology are about mastery: they all worry that doing systematic theology is about desiring mastery, either as complete understanding of God, social power, or as the domination of women by men. She says that these concerns about mastery are about the relationship of knowledge, power, and gender, but also, most importantly, about desire.

Coakley says that these questions can’t be answered without thinking about gender, because gender is about what it means to relate to God and to one another as individual, embodied people. She also says that this question about gender, about human twoness, relates to questions about God, about the divine three-in-oneness.

Coakley argues that prayer is where we most powerfully encounter God in his trinitarian nature, because in prayer, the Holy Spirit prays in me, responding to the call of God the Father and drawing me into the life of Christ. She argues that in Christ, we encounter the One who interrupted the brokenness of fallen gender, fallen twoness, by bridging the twoness of God and the world. Just as the world is transfigured by the activity of God in incarnation and redemption, so the twoness of gender is caught up and transformed in the threeness of God.

This is very good stuff. Thank you for taking time to summarize this article.

Good dispatch and this enter helped me alot in my college assignement. Thanks you seeking your information.