Richard Rohr: How to be a man 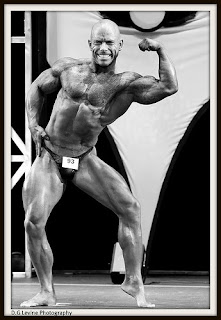 Richard Rohr is a Catholic priest who writes books which are somewhere between theology and pop psychology. In Adam's Return, he writes about masculinity. He argues that most cultures have initiation rites that they make their boys go through before they can be men - you know, guy stuff like killing wolves, getting tattoos, having your teeth knocked out. He thinks that men are finding life hard these days, and that it's partly because we don't initiate them properly into manhood any more. According to Rohr, there are five lessons that male initiation teaches:

Rohr's idea is that men need initiation and women don't because women's bodies do the initiating for them: menstruation and childbirth teach women the things that men learn from initiation rites. Interesting, this mirrors what the anthropologist Margaret Mead says in her book Male and Female which studies models of gender in different South Sea island tribes and compares them to 1950s America. She argues that girls just become women naturally: it's something that happens to them naturally, and isn't something they have to earn any more than they have to earn their wombs, whereas boys need to earn their masculinity, and men need to have a special thing that only men can have in order to be able to feel manly.

I'm kind of skeptical about the one-genderedness of Rohr's ideas, not least because motherhood is hardly a universal experience for adolescent women, and I for one don't fancy waiting till I pop a sprog to qualify as an adult female. In a society which doesn't mark or even really want to talk about menstruation, I think you'd be hard pressed to argue that it marks the transition to womanhood in any significant way. But I really like his five lessons of initiation, and I like the idea that theology has space for those hard truths as well as the fluffy ones. Jesus might be your boyfriend, but maybe he's also going to make you go out and kill a wolf.

Photo credit: David and Emma on Flickr
Posted by Marika at 16:38

Of course I expect these writings are working under the assumption that the only people who ecist are cis-sexual and not intersex. Not all women have wombs or menstruate, some have to fight to 'earn' their gender in the eyes of others.

Lists of this kind generally don't wow me because of a lack of consistent validity among the entries. I find this particularly true when the items are worded so tersely. This one is no exception.

1) "Life is hard". No argument on that score, though life can also be glorious and transcendent. These are in no way mutually exclusive.

2) "You are not important." Has some truth to it, but it's too boiled down. It's beneficial to the degree that it warns against false egotism and promotes proper humility (especially appropriate in the current social climate of hyper-entitlement). But so broad a statement incorporates the notions that individuals are worthless, or that no individual can make a lasting difference. This I reject, and I believe history bears me out.

3) "Your life is not about you." About whom (or what) is it, then? I'd have much less trouble with this one were it worded "Your life is not ONLY about you", which would reinforce a sensible reading of Rule 2. As worded, it's a mere negation that lacks intrinsic meaning.

4) "You are not in control." Again, much too proscriptive. Though quantum indifference indeed rules the physical universe, we CAN control our own responses to the vagaries of life. The manner in which a sea-captain weathers a storm that knocks the ship off course is the measure of her or his competence and success.

5) "You are going to die." This formulation ignores the crucial issue of body vs spirit, and thus is reduced to a platitude. The inevitable body-death is indisputable. But what of the potential for ego continuity in an eternal spirit? That's the essential question.

As to initiations, I don't find the gender-based argument persuasive. I do think the menarche is still a psychologically significant milestone for girls as individuals, irrespective of the societal context (or lack thereof). But one might also argue that the first ejaculation is equally the boy's counterpart.

I'm more inclined, however, to see the hard knocks of life as ongoing and individualized "initiations" for each of us -- from the character-building perspective, that is.

And looking at the Catholic Church, the sacraments of baptism, confirmation, marriage, and ordination certainly seem to qualify as spiritual initiations. This is likewise true of Protestant churches, though the theology can differ somewhat. All of these but infant baptism also typically involve shorter or longer periods of pre-training and evaluation by "elders", another definitive element of initiations.

Lastly, pondering the statement "Jesus might be your [boy]friend, but maybe he's also going to make you go out and kill a wolf" brings to mind the (admittedly perhaps apocryphal) tale of St. Francis and the Wolf of Gubbio. Which is the more transformative initiation: To kill a wolf -- perhaps with a high-powered rifle, from a helicopter, à la Sarah Palin -- or to tame one with nothing more than words, a pawshake, and raw faith in the power of the Divine?