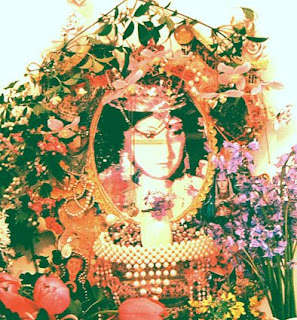 Michelle Spencer-Arsenault (Ponder for a moment the possible meanings of 'Arsenault') published an article in the journal Sociology of Religion in 2000 called Mother Mary: the (Re)Construction of a Female Icon. As a woman who had grown up in a Catholic family, though no longer considering herself a Catholic, she was fascinated by the role of Mary in relation to the way that women in the Catholic Church understood themselves.

Various sociological studies have suggested that not only does religion have an important role in shaping the way that men and women understand their gender, and in maintaining gender differences, but that women and men actually have different experiences of religion. Spencer-Arsenault (every time I write her name I giggle a little, which is of course terribly rude, but I just can't help it) wanted to answer some of the following questions: How do Catholic women construct their identities within a religious context in which Mary is held up as a role model? Can the image of Mary, which often represents so many patriarchal ideas, really be relevant for modern women? While Mary is often held up as a model for all Christians within Catholic teaching, there's often a particular emphasis on devotion to Mary for Catholic women. The Catholic church tends to particularly emphasise Mary's role as virgin, ideal mother, and an example of quiet obedience. To understand how Catholic women related to these ideas about Mary, Spencer-Arsenault spent time interviewing Catholic women in Eastern Canada.

Mary, an image of ritualised awe 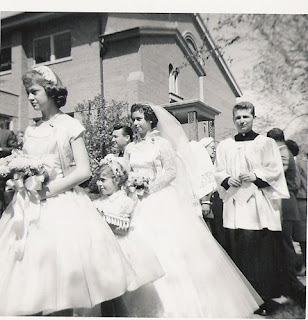 Spencer-Arsenault describes the annual May crowning of Mary in which many Catholic women participate. Young girls dress up in white and blue, and parade through the streets to the church, where they process down the aisle to the altar, where there's a statue of Mary which the girls crown before leading the congregation in the Hail Mary.

Spencer-Arsenault says that, for most of the Catholic women she interviewed, this ritual was at the heart of their understanding about Mary, and they'd often describe their experiences of the May crowning whilst trying to explain the importance of Mary. Many of the women she interviewed saw the high value that Catholic church placed on Mary as representing a high value of women in general, especially of women as mothers and as people responsible for transmitting their faith to their children. Because of motherhood, many women saw Mary not only as an object of awe and reverence, but also as a friend, who they could relate to through their own motherhood. Like them, Mary often experienced difficult things during her time on earth, and this helped Roman Catholic women to feel that there was someone who understood their own struggles, and could act as a bridge between heaven and earth.

I found the questions that Spencer-Arsenault asked more interesting than her answers, to be honest (I got to the end of the article and thought, 'Oh. Is that it?' I had to scroll to the end of the bibliography just to make sure there wasn't any more). Even in the Catholic church, not all women use contraception, some are infertile, and some never even get married: what happens to women who never become mothers? Still, some interesting insights.

My question is why would you look to a self-proclaimed ex-Catholic for answers about the Catholic faith. It is quite obvious to me that she never fully understood her faith or she would have never left the Church. For questions on the subject of Mary I would recommend this Book By Dr Scott Hahn. Quite the opposite of Michelle Spencer-Arsenault Dr Hahn was drawn into the Catholic Church by his discovering the truth.
http://www.amazon.com/Hail-Holy-Queen-Scott-Hahn/dp/0385501684

Really? So there's nothing valuable at all anyone can contribute to the understanding of the Catholic faith unless they're currently practicing Catholics?