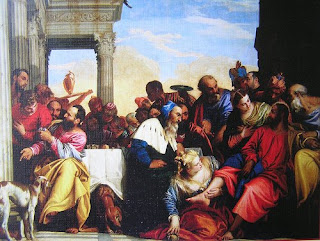 The Sadducees have, depending on how you look at it, either got off pretty lightly or been sadly overlooked in the popular imagination. We all know about the Pharisees and their hypocrisy, and they’ve become a symbol of hypocritical religion which only cares about outward observance of the rules, but what about the Sadducees? Can’t we make them a symbol of bad Christianity too? Why should the Pharisees get all the attention?

Why ‘Sadducees’?
The origin of the name isn’t quite clear. It's probably something to do with Zadok, who was the high priest during David and Solomon’s rule, but the double ‘d’ in the name suggests it might have got confused at some point with the Hebrew word ‘tziddik’, which means ‘righteous.’

Who were they?
The Sadducees emerged during the Maccabean times (around the time of Alexander the Great, in the bit between the Old and New Testaments). The Maccabees led a big revolution against Greek rule, and the old hereditary line of high priests got a bit lost in all the kerfuffle, so there was a need for a new high priestly dynasty. The Sadducees emerged into this gap, and were running the Temple right up to Jesus’ day, and for a little while after. They were made up of members of the Jewish aristocracy, so were pretty conservative, and they got rich off Israel’s tithes and the sale of sacrificial animals in the temple (so they were the ones who got their arses kicked by Jesus that time he went mental). They weren’t very popular – they collaborated with Roman rule in order either to ensure that Temple worship was able to continue under occupation (that’s the charitable view, and what the Sadducees would have told you), or in order to cling on desperately to what little power they still had. They often made concessions to Roman demands, and were accused of telling people that they animals they’d brought to sacrifice were impure, so that they’d have to buy new ones from them.

The Sadducees didn't believe in the afterlife, and so, unlike the Pharisees, rejected the idea of resurrection (who needs an afterlife when you're rich and powerful in this life, right? Also unlike the Pharisees, they didn't believe in the Oral Law - a set of traditions which had supposedly been passed down orally from Moses, and is the basis of what Jews now know as the Talmud.

The Sadducees were constantly at war with the Pharisees, and their relative political influence changed over time. At one point, there were rumours that John Hyrcanus, a Jewish leader, was the bastard child of a Roman soldier who’d raped his mother, and so that Pharisees opposed him and said he shouldn’t be allowed to rule Israel; when it turned out that the rumours were false, the person who’d started the gossip was punished by the Pharisees, but not particularly severely, so (perhaps unsurprisingly), Hyrcanus favoured the Sadducees instead. Hyracanus’ son, Alexander Janneus, also preferred the Sadducees, partly because he’d had a Greek education, and the Sadducees’ theology was closer to Greek thought than the Pharisees’.

So that's the Sadducees. If you feel sad that they've been so overlooked by history, feel free to start referring to examples of the Church compromising in order to retain power and fleecing innocent believers to get money from them as 'Sadducaical'. We are, after all, short of examples from church history of people who've behaved like that. Oh, wait...

when I was a kid, I remember some clever preacher saying, "The Saducees were sad, you see, because they did not believe in the Resurrection." Then, he laughed at his own comedic stylings.

Oh wow! Whoever knew theology could be comical?

Hooray! Glad you enjoyed it.

Like so many things on this blog, this is charming and wonderful. I love the combination of lightness of tone + heavy hitters of philosophy and theology. Please keep doing what you're doing.

P.S. I think it's super cool that you have a 'brain crush' on Rowan Williams.