In the Groundwork of the metaphysics of morals, Immanuel Kant sets out to find an understanding of morality that can be derived from first principles rather than from empirical experience. That is, he doesn’t think it’s enough to come up with ethics on the basis of statements like, ‘It makes me sad when people are mean to me’. Morality needs to be grounded in pure reason, i.e. not derived from our individual or human experience, but applicable to any and all rational beings. Groundwork is Kant’s attempt to come up with a purely rational ‘supreme principle of morality’, so that he can then go on to write a more detailed ethics. He starts out by discussing the idea of duty.

Kant says that the only quality which is unambiguously good is a good will. Any other quality is ambiguous: understanding, with, judgment, power, riches, honour, happiness, moderation, self-control: all can be bad when accompanied by a bad will.

A good will isn’t good because of anything it achieves or does: if I give someone a biscuit out of kindness or generosity, but accidentally make them fat, it doesn’t mean my original will was bad. Likewise, if I have kind or generous intentions, but no biscuits with which to express them, that doesn’t mean that my intentions were bad. 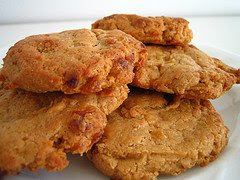 or to be happy, it would make no sense that we were rational. Everything necessary to existence an happiness could be got by instinct, with a lot less angst. He points out that the more people use reason to try to enjoy life and be happy, the more miserable they are (How many happy philosophers can you name?), and they tend to envy ordinary people who don’t spend so much time thinking about life, and just do whatever they feel like doing. Thus, if reason’s meant to make us happy, it’s a pretty crappy tool to get us there, as if you decided to make biscuits but added a handful of cement to the mixture. Not tasty. It’s reasonable, therefore, to suggest that maybe reason has some other purpose in human nature than to keep us alive and make us happy.

Kant argues that reason must be meant to help us develop a good will. He argues that we don’t have a good will so that we can do good things, but because having a good will is good in itself (this is where the biscuit analogy breaks down, because what use is a biscuit if you can’t eat it?). But what does it mean for a will to be good? This is where the concept of duty comes in. Kant says that a person’s will is only good if they are motivated by duty and nothing else. A shopkeeper might decided to charge a reasonable price for her biscuits because it's the right, dutiful thing to do, but if her biscuits are reasonably priced only because she doesn't want her customers to go elsewhere for their biscuits, she doesn’t get any moral credit for it What matters isn’t the action, but a person’s reason for doing it.

Acting out of duty is acting in accordance with the demands of law, not for any particular goal. The will isn't good if it's motivated by any human desires and inclinations: the only principle it can act on whilst still being a good will is the universal law. Duty means that we should never act in any way that we wouldn’t want the principle we act on to be a universal law. We all have a basic grasp of what duty means, but because of the messy circumstances and tangles of desire and inclination we all find ourselves in, we need philosophy to help us understand the universal law so that we too can have good wills. I'll go into Kant's idea of the universal law in a bit more detail another time, but for now I'd just like to point out that there are some pretty dodgy dualisms going on here. I get no credit for wanting the right thing if it's in any way contaminated by selfish reasons, and there doesn't seem to be a whole lot of room for the idea that what makes us happy might sometimes be the same thing as the right thing to do in a particular circumstance. It's also weird that Kant draws such a sharp distinction between empirical knowledge (ideas we get from our experience) and abstract rational principles, arguing that only rational principles can be the basis for working out morality, as if it's possible for us to have any ideas that aren't profoundly shaped by our individual experiences.

Photo credit: Sifu Renka on Flickr
Posted by Marika at 15:17

Kant philosophy was ingenius, for certain. However, it seems like he used a complex method to come down to a simple answer. In other words, Kant philosophizes with a sledgehammer.

There is none of the elegance that comes from other philosophers (Nietzsche, Kierkegaard), nor is there the exquisite nuance and intricacy that others possess (Husserl). Instead, Kant writes of an extreme perspective that has no place for caveat or compromise, even if it enhances the system.

Of course the greatest example of Kant's ethical extremes is the bloodthirsty murderer scenario, where the bystander cannot lie to even this murderer and must reveal the location of the victim. It seems to me a small caveat would have actually enhanced the imperative. However, Kant refuses a modification, choosing instead the simple solution to a rather involved problem.

Indeed, Kant uses the hammer, and that is probably why I like his stuff so much.

I got so busy pontificating, I forgot to ask my question!

Kant's wholesale denial of empirical knowledge has also struck me as strange. Some have dismissed it as merely reacting to utilitarian types. But, don't you think it is actually an attempt to find objectivity?

If so, isn't that a valid undertaking? I may trust my subjective knowledge or experiences, but I could actually be crazy and my knowledge will lead me to do crazy things (eat people and think they are biscuits). Therefore, don't we need to find an untainted objective (pure) knowledge?

You're right,there is something kind of appealing about his absolutism, although I'm not sure 'appealing' translates into 'right' or even 'desirable'. You're also right that subjective knowledge and experience are unreliable. I think the question is: is there any way we can get to any knowledge that's untainted by experience?

No, I don't think we can. It is interesting that later deontological thinkers abandoned such a quest and returned to Aristole's prima facie virtues, or their own variations. It seems to me that prima facie duties have the same weak spot as consequentalist moral theories: subjectivity. HOwever, virtue ethics is still nowhere near as dangerous as the utilitarians (e.g. Singer).

Good dispatch and this fill someone in on helped me alot in my college assignement. Thanks you for your information.

@watchman... if by the term 'sledgehammer' you are reffering to the academic concept of 'philosophising with a hammer' i cannot tell you how wrong you are. if anything kant was the antipode of the concept, it was nietzsche, schopenhauer, and early kierkegaard who were the main men producing this new stlye. In one short paragraph in beyond good and evil nietzsche all but destroys kant's moral philosophy, and kierkegaard's attack on the danish church was verging on brutal. kant's complex style of argumentation was a world away from the 'hammer' that would follow him. of course nietzsche et al were incredibly eloquent, and possibly even elegant, but this is not in contrast to the hammer in any form; the hammer is the use of force, but force and beauty are two stylistic traits which are far from mutually exclusive in philosophy.

You have helped me a lot with my exam. Thank you soo much!